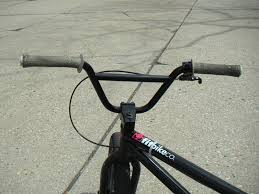 So, you’re up to date on all the latest trends in the world of cycling and have gathered plenty of information about cycling as we know it.

But what about the lesser known facts? Weird and wonderful facts can be a lot of fun to learn about, so take a look at these awesome facts about cycling and bicycles that you probably didn’t know until now!

1. The first bikes were made entirely of wood.

Although heavy, clunky and unlikely to be practical or aerodynamic, the first constructed bike (and the ones that came after it) were made from wood!

At first, they were popular – considered an exciting new invention – but of course that came to an end when the number of accidents started to increase. Things got so bad that the wooden bikes ended up being banned by the police! Thankfully, bike manufacturers soon moved on to better materials.

Inside, the rider lies almost horizontally while pedalling their hardest to push the bike forward.

A Trek Madone was also known as the ‘Butterfly Bike’ is a bike designed by Damien Hirst, the artist. Considered a rare and valuable item as well as a piece of art, the Butterfly Bike was sold for $500,000 by auction at Sotheby’s.

4. The longest ever tandem bicycle (in terms of riders) could seat 35 cyclists.

The longest ever tandem bicycle was designed to seat 35 cyclists and was around 67 feet in length. It was also said to weigh almost as much as a Volkswagen.

There have been longer bikes in length since, including one that reached 92 feet, however, they still only seat two riders – one at each end.

5. The longest tandem bicycle (in terms of length) is 42 metres long.

In 2015, an Australian built bike entered the world record books as the world’s longest bike. It can seat 20 riders and weights 2.5 tonnes, as well as reaching 42 metres – over 137 feet in length! It was designed by teams linked to the University of South Australia.

6. You can cycle around three times faster than you can walk.

On average, you can cycle around three times faster than your usual walking speed – while still only use the same amount of energy! Travelling by bike is an excellent choice if you’re running late but still, want to make a conscious green decision.

7. A bike can stay upright on its own.

Providing the bike is moving at a speed of 8 miles per hour or more, it will stay upright as it zooms along without its rider.

A quindem is a five seater bike, the first of which was built in 1940.

9. The biggest rideable bicycle has a wheel diameter of over 10 feet.

Built by Didi Senft – a cyclist from Germany, the largest rideable bicycle features wheels of 10 ft 9.92 inches (3.3 metres) in diameter.

Cycling is very popular in China, with many people in both small towns and large cities choosing to get around by bike. This fact combined with China’s large population has resulted in there being over 400 million bicycles in China today.

11. There are around a billion bicycles in the world.

There are approximately one billion bicycles in the world, which is twice as many motor cars, showing just how many people are capable of using a greener method of transport and enjoying this great hobby.

Some believe that Leonardo da Vinci invented the bike, due to rough sketches he had created that looked similar to the bicycle.

However, it was actually De Sivrac – a Frenchman, who built the first bicycle type vehicle in 1690. It was originally known as the ‘hobbyhorse’ and did not have pedals.

Later, a Scottish blacksmith named Kirkpatrick Macmillan took the design and added pedals, and it is Macmillan who is credited as the inventor of the bicycle as we know it.

Manufacturers were placing air filled tyres on bicycles before they were used on cars.

14. The bicycles we have today are not dissimilar to the original models.

After all, why fix what isn’t broken?

15. Cycling helmets are 85% effective in protecting against head injuries.

This is a good statistic to remember before heading out on your bike, so take note! You’d be surprised at how many people a simple cycling helmet has saved over time.

We hope you’ve enjoyed this handful of lesser known cycling facts. Why not test them out by using them to impress your cycling friends? We’d bet they’d love to hear all about them so they can continue to share them themselves.

To learn more about cycling, the biking lifestyle, Bamboobee or our products, stay a little longer and check out the rest of our blog here at Bamboobee.net. We’d love for you to see what we have on offer and be inspired by our content. And if you’re thinking of making a purchase, we’ll be ready when you are! 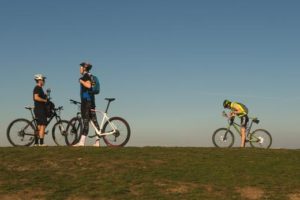 Clearing Up The Myths About Cycling In Bad Weather 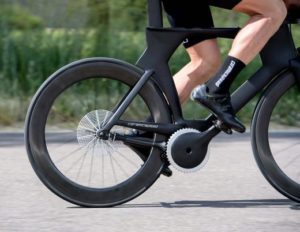 Top Picks from the Bamboobee Store: The Accessories You Need Now 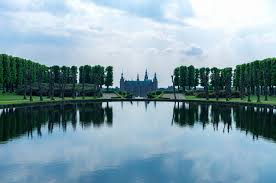 7 Best Vacation Cities for Bikers: Where to Travel With your Bamboo Bike

No products in the cart.