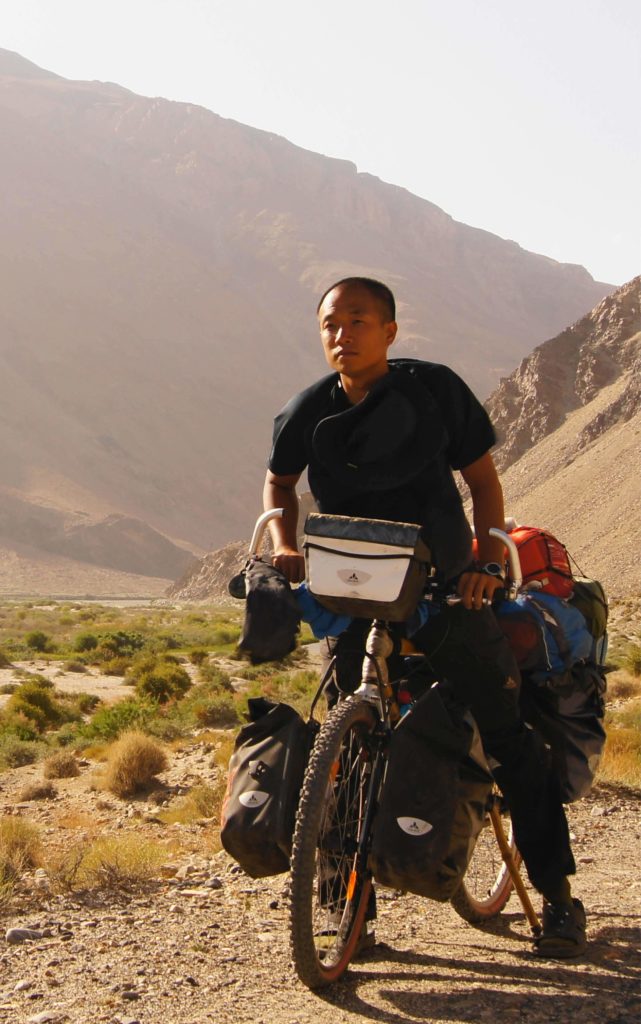 Sunny Chuah, founder of Bamboobee, can best be described as an adventurer, engineer and entrepreneur. The story of Bamboobee began in 2009 when Sunny embarked on a solo 12,000 km motorcycle ride from India to Russia. He crossed fourteen countries in eight weeks, including Pakistan, Iran and Turkey. He then returned to Singapore by train and bus, crossing another nine countries in four weeks. During this time, Sunny met hundreds of people and experienced sights and sounds that most people can only dream of. This profound motorcycle journey inspired him to embark on a nine month “Circle of Life expedition” where he cycled 6,103 km around Central Asia on his self-crafted bamboo bicycle – the very first Bamboobee.

After returning home from his life-changing expedition, Sunny decided that it was time to bring the pleasure of  that experience to as wide an audience as possible. He decided to found a bamboo bike studio in order to promote the cohesion between makers and nature. Inspired by his adventures throughout the countries he had visited and wishing to illustrate the unique capabilities of bamboo, Sunny was able to launch his bamboo bike studio, Bamboobee, and produce his first collection in 2011.

No products in the cart.